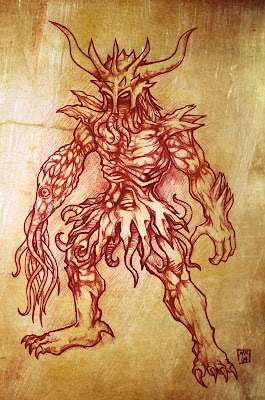 In demonology, Barbatos is an Earl and Duke of Hell, ruling thirty legions of demons and has four kings as his companions to command his legions. He gives the understanding of the voices of the animals, says past and future, conciliates friends and rulers, and he can lead men to hidden treasures that have been hid by the enchantment of magicians.
Posted by Hawanja at 8:29 AM