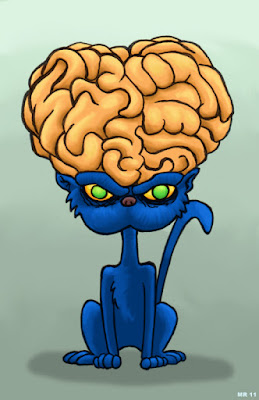 Brain Cats are a small group of highly intelligent felines that posses extremely over-developed brains. In addition to beyond-genius level intellect their immense grey matter gifts them with several different types of psychic abilities. They began as normal cats which were the subjects of illegal experiments. After they escaped, many of them have sought to use their gifts to gain vengeance due to their mistreatment at the hands of mankind.
Posted by Hawanja at 12:11 PM