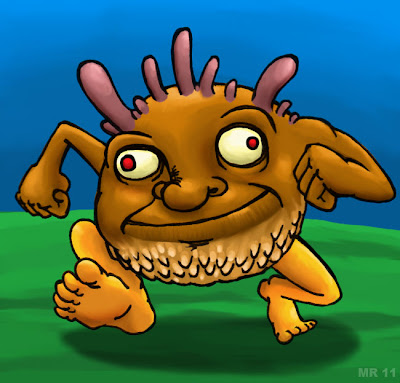 Fredrick Jackson was an amateur magician who mainly worked small clubs and children's parties. Feeling that he needed something to spice up his act, Fredrick started researching the dark magics of the ancient elder gods. He accidently found himself at the center of a powerful mystical vortex after attempting to combine an elaborate incantation to the chthonic underworld deity Hecate with making a chicken disappear. Jackson emerged from the vortex as a new being, part man, part chicken, and vowed to use his new chicken powers to help mankind and fight evil.

He still does children's parties, on occasion.
Posted by Hawanja at 7:45 AM