Moloch, the King of Shame 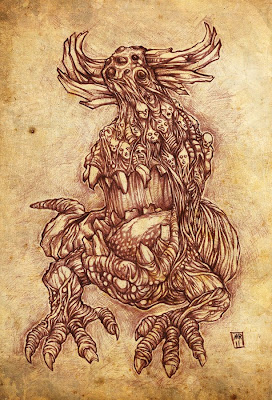 Moloch was a competing god who was worshiped by the ancient Israelites. Moloch's chief ritual seemed to be the sacrifice of children. Rabbinic commentary states that this was done by inserting the child into a the hands of a large brass statue, under which a brazier heated the statue until the victim was burned to death. Greek and Roman accounts from the same era describe similar rituals all over the ancient world.
In the Christian era Moloch became a demon, as a prince of Hell. He delights in stealing children and making mothers weep. The name "Moloch" has become symbolic of anything which demands unusually high sacrifice.
Posted by Hawanja at 11:33 AM