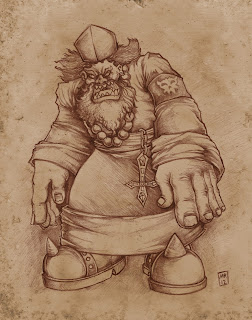 Rasputin was the spiritual adviser to the Russian emperor Nicholas II. Called "The Mad Monk" by his enemies, he was accused of various misdeeds and depravity. He was eventually assassinated in a notorious manner, having been poisoned, shot four times, beaten, and finally drowned. Legend has it that he sat up while his body was cremated.
Posted by Hawanja at 10:11 AM