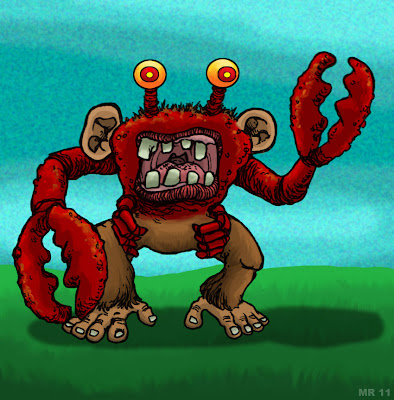 Crab Monkeys are strange mutations which began appearing after the first nuclear power plant was built in central Africa. The creatures are hatched from eggs and spend the first part of their lives living in water, only taking to the trees when they reach breeding age. Several populations have been identified, all of which are now under threat from poachers.
Posted by Hawanja at 11:16 AM