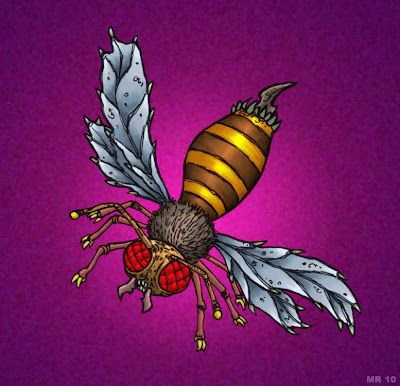 Titan Wasps are gigantic wasp mutations with massive 40 foot wingspans. It is believed they are mutations which resulted from over pollution. The first nests sprang up in isolated jungle areas in Southeast Asia, but quickly spread to other continents. A concerted effort by world governments has thus far not been able to wipe them out.
Posted by Hawanja at 9:19 AM