Ba'al, Lord of the Storms 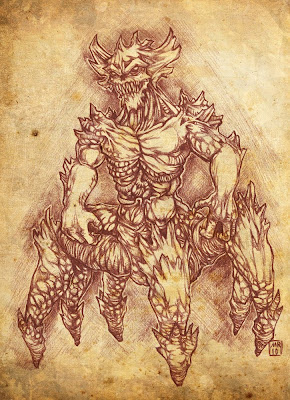 Ba'al began as a title meaning "Lord" or "Master." In the early days the word Ba'al was used interchangeably by the Jews with Yahweh, however eventually the two were seen as distinct, competing entities, and Ba'al worship was stamped out.

In medieval demonology, Ba'al became known as one of the seven princes of Hell, with 66 legions under his command. He has the power to impart knowledge and to make those who invoke him invisible.
Posted by Hawanja at 11:48 AM