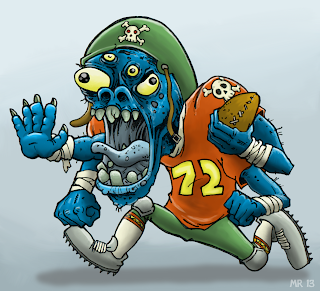 Jermia Jackson was a lonely child. Shunned by family and hidden away from the community at large, he stayed indoors mostly, cultivating the few friends brave enough to see past his genetic malformities. It wasn't until high school that he found he had a talent, that a defensive lineman and unstoppable wide receiver for his local football team.

Jermia is now considered a local hero,makes regular TV appearances, and gives motivational speeches about how to overcome adversity.
Posted by Hawanja at 9:51 AM