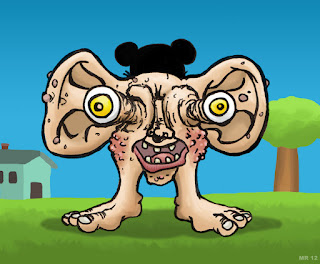 Fredric J. Kilipowski was a test pilot for the Air Force's top secret "Scorpio" high altitude flight program. During a test run in a specially designed aircraft, Freddric was exposed to exotic radiation of unknown origin. Upon landing Fredric found himself mutated beyond recognition. Along with his bizarre appearance came a spate of strange powers. Freddy vowed to use his super face powers for the protection of mankind.
Posted by Hawanja at 7:47 AM